I became a homeowner at 23-years-old. This is the story of how I pulled it off, with no savings. (Seriously.)

How Becoming a Homeowner Even Became a Thought

I had recently graduated from UT Austin, moved to Denver, and been in a ‘real job’ for 9 months.

But I already wanted an out.

The apartment lease I got myself into that was waaaaay too expensive (at a boujee downtown apartment), making me live paycheck to paycheck. My job/workspace was also making me miserable.

The work was fine, I was an IT Consultant and actually enjoyed programming, figuring out these problems and such… but I felt little respect in my workplace.

Granted, I was a newbie. I was the youngest person there by three years and straight out of college. I was the only one to not have worked at the headquarters in Dallas for a year before moving to a satellite branch, i.e. Denver. I was also the only other female there out of about 15 people.

From being undermined in meetings, micromanaged, and flat out treated differently than my peers, I just felt like gaining respect from my superiors was going to be an uphill battle. And frankly, I wanted nothing to do with it. (Guess you can blame being a millennial for my lack of settling with things that don’t make me happy!)

The corporate life just was not for me; My suits were always too big, I got blisters on my feet from my heels, and I always felt rushed when for lunch hour, to avoid the side-eye when I got back if I was a few minutes late. I would even nap in my car on lunch breaks because I was exhausted and had backaches. (I also definitely begged them for a couch, mind you.)

So, the first thing I had to do to get away from this job was get out of my money-sucking, ridiculous-rent apartment. I decided to look into other housing options thinking, “What is the CHEAPEST place I could possibly live in?”

Buying was cheaper than renting.

Well, in Denver, cheap rooms that aren’t in a shit-hole are hard to come by. But mortgage rates were low and mortgages were cheaper than rent, so I decided to look into homeownership (and if I could even qualify for anything). I had dated a realtor in the past, and we had actually planned on buying a whole duplex ourselves and renting out half. I basically kept that same idea, but with an open mind to the amount of space I could get and how I could rent it out or make money off the space.

To my surprise, I qualified for a mortgage after being in my job only 9 months. Being in a legit job on paper has its advantages in this category, and apparently I also qualified because of my technical degree (which I had no idea was even a thing).

Beginning modestly, I put on offer in a tiny studio apartment that would cost a mere $600 a month (which cheap by Denver standards), had exposed brick walls and a little balcony too. I thought it was perfect, something small and manageable and I would have my own space. It was cute, charming, and had character, so I thought I could rent it out on the weekends and go up to the mountain or when I’m planning on going out of town.

Turns out there were 5 other offers on the table, and ultimately went to an all-cash buyer. And here I was planning on borrowing from my parents for whatever the minimum down would even be.

To my surprise, as I was hunting again I learned of a first-time homeowner grant, an NHF grant. The grant gave up to 5% of the home towards the down payment, and it was SO easy to qualify for! All I had to do was make under $90k in Denver county (uh, done..), take an online course for $99 on homeownership, and contribute a minimum of $1000 towards the home (i.e. inspections, closing fees, etc). THAT’S IT.

Insane, right? That’s cheaper than moving into a new apartment considering it is usually the first and last month’s rent with a deposit.

So, after that, I asked my broker what was the largest amount I could qualify for. If I could get a bigger house, I could rent out some rooms and potentially lower my portion of the mortgage even more. So, as soon as I went looking this time around, I found a gorgeous newly renovated home that had original exposed brick walls, three bedrooms, two baths, and a pretty decent sized backyard.

Before I even looked at the home, I put up an ad on craigslist for roommates. I wanted to see how much interest there was and around what price I could get. So I started on the high end of what I think I could get and posted photos of the property. Within a few days, I had quite a few responses, so I knew this could work out quite well. The demand for housing in Denver at the time made this a no-brainer.

A month later, I was a proud homeowner. I had a beautiful three-bedroom house to my name and two roommates paying most of the mortgage for me. I was able to get out of my job, and I sublet my apartment for the rest of my lease.

Since then, I put the master bedroom on Airbnb that pays twice as much as a roommate would. Becoming an Airbnb Superhost has provided a great source of passive income, and can run without me for longer periods of time.

If you yourself are now considering becoming a homeowner…

Contact a local realtor. If you’re in the Denver area, I recommend my good friend Mary Tulumovich as she is a MASTER of the real estate game. They can match you with a good brokerage, or you can your own research.

My advice? — USE YOUR RESOURCES! Research what is available to you in your area. Look online and by asking people who have made this their job/life to know these things!

Seattle, Washington: 9 Things to Do in a Day

In reply toMichael A. Gayed, CFA
2 weeks ago
@leadlagreport You know a 90's pump up is coming when this comes on! #thisishowwedoit https://t.co/YyaOMfmj8q
View on Twitter 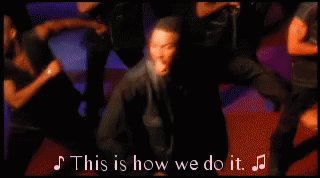 The Adventure Bitch @adventure_bitch
3 weeks ago
So obsessed with #GoodTrouble on Hulu that I'm borderline wanting to live in an "intentional living space" too 🥴 https://t.co/QOqJSugNCL
View on Twitter 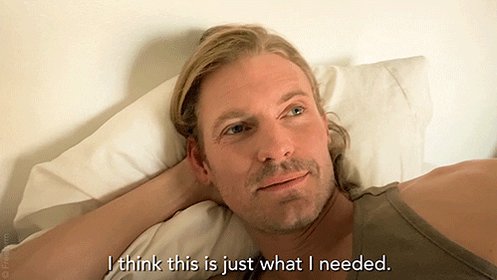 Why don't you focus on caring for the human life ALREADY HERE (like the thousands of homeless that are being criminalized, increasing further suffering) instead of pretending you care about life by trying to control women's bodies. 🙄
View on Twitter
0
1

The Adventure Bitch Retweeted · Schooley @Rschooley
4 weeks ago
Still trying to figure out how, "We can't find anyone to work" squares with, "They're just pouring over the border taking our jobs."
View on Twitter
3922
0

The Adventure Bitch @adventure_bitch
4 weeks ago
I've been browsing houses and saw a MOBILE HOME in Laguna Beach, CA for $145k and thought how reasonable that was...

Then I saw the "Land Lease" was over $3600 A MONTH. (Which is probably already owned outright).

The rich are literally just raping the poor in this country.
View on Twitter
1
0