Happy birthday to me. ⠀
⠀
Today is my birthday and I’ll be honest, I’ve never been keen to really “celebrate” it. ⠀
⠀
After 2001, and every year since, this day has come with a hard dose of reality. When that day hit, my 9 year old brain couldn’t even fathom how many PEOPLE were inside, unprepared to be fighting for their lives, and some who would lose that battle… all I saw originally was essentially matter crumbling. ⠀
⠀
What happened after those original moments and every year since has been the learning and processing of all of the lives that were affected that day, all over the world.⠀
⠀
But the worst part, “worse” than realizing the world doesn’t revolve around me at that age, was realizing that PEOPLE would do this to EACHOTHER.⠀
⠀
People somehow convince themselves that this is RIGHT in their minds. Retribution for their own pain or suffering, as if more of it in the world would ever make anybody truly happy, including themselves. ⠀
⠀
Two years ago around this time, I was in Key West, FL having the time of my life, watching street performers in Mallory Square just before sunset, then being treated by One Duval restaurant with this incredible meal… it was glorious.⠀
⠀
The next day, my Instagram account of 57k was hacked, and I spent the next few days reeling, trying to figure out how to put back together with the work that I had spent years building, when I was supposed to be loving life. After weeks of trying to get through to Instagram to help me, I realized it was hopeless. I never got that account back.⠀
⠀
Somehow, in the hacker’s mind, I deserved that. They deserved to extort me of not only money, but my hopes and dreams, and they were deservedly raking in the dough. I had pleaded with them to not delete it until I came up with the money, but they got impatient and deleted it anyways. My work meant nothing to them.⠀
⠀
A heavy realization that I see clearly now is that there are no “bad” people. ⠀

These are all people who do bad things because in their mind, it is right.⠀
⠀
If I could have anything for my birthday, it would truly be that we all treated each other with the same humanity that we treat ourselves… it really is that simple.

The Adventure Bitch Retweeted · Dan Price @DanPriceSeattle
4 days ago
Three and a half years ago, there were 0 people worth $100 billion. Now there are 8.

Those 8 people have gotten $110 billion richer in the pandemic and have $1 trillion combined.

Every one of them pays a lower effective tax rate than you.
https://t.co/3btx1vog8m
View on Twitter
1146
0

The Adventure Bitch @adventure_bitch
4 days ago
I honestly don't know how someone can look at this world and think "yeah, I wanna have a baby". 🥴
View on Twitter
0
0

The Adventure Bitch @adventure_bitch
6 days ago
Just another example of how harmful religious indoctrination is in this day and age. 🙃 #survivor

So many people are fucked up from a religion created more than 2000 years ago. Catholics & Christians included. (and why they can be the most hateful). 😒 https://t.co/dquLuZMWog
View on Twitter
0
0

The Adventure Bitch @adventure_bitch
6 days ago
I gave my cat a bath today, and my mother has already let him outside to roll around in the dirt (and his hair is still wet)... didouakjdfldjagfdiok https://t.co/ltHedGpoGN
View on Twitter 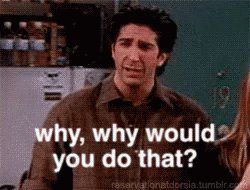