This is an account from my first international trip ever (which was also solo), besides day trips from cruises or mission trips in grade school, so I wanted to share some of my takeaways from the experience. It was my first time encountering a foreign airport, especially alone, that was entirely focused around another language.

So with that being said, if you’re about to embark on a new adventure in a foreign land that doesn’t primarily speak your language…

1. Be Prepared to Be Officially Culture-Shocked

On my way to Bangkok, I had a layover in Tokyo after flying 14 hours or so. I left Los Angeles around 11am PST, then arrived in Tokyo-Narita around 4pm Tokyo time,  which was around midnight in LA.

That amount of traveling I had done had me exhausted, confused, and disoriented, and I wasn’t even to my destination yet.

I was not prepared for walking through the halls of what felt like hieroglyphics. I felt like what a toddler probably feels on their first day of school, but there was no instructor waiting for me down the hall. For some reason I was not expecting how much this would make me uncomfortable, largely because I didn’t even think about it.

English is my first language, and I’ve realized how fortunate I am to be able to say that, and privileged enough to be able to experience this language being one of the most universal in the world.

In lots of parts of the world, English is somewhere in the subtitles. I also (kind-of) studied Spanish for three years in high school (I’m half Mexican and can’t speak it… I’ll admit, it’s embarrassing.) So, I’ve learned to pick up subtle latin cues, also from fantasizing about learning French (still a fantasy), so seeing any latin based language wasn’t too unfamiliar for me. But this was far from that. Yes, I do believe there was small English subtitles on signs, but I was just overwhelmed with unfamiliarity at that point I think.

Sleep deprived, and literally culture shocked (talk about feeling dazed and confused); I walked around the airport with probably 40-50 lbs on my body, with my 50L ‘backpacking’ backpack on my rear, and my smaller, college sized backpack with all my gadgets on my front. To say it was heavy is an understatement. (My friends call me Mary Poppins sometimes, because I always bring so much stuff, but at least I’m prepared! lol)

I was completely oblivious to the fact that the airport was like any other modern airport, and had luggage carts I could unload my gear and walk around with, rather than walking around like a literal packmule.

To add to my panic, I had lost the carabiner that was holding my neck pillow to my backpack, which was just the straw that broke the camel’s back. All I could think was, “How the hell was I supposed to explain that I need a carabiner in Japanese when I can’t even read the directions to the bathroom?!”

So, naturally, I forgo any attempt to find a replacement other than a quick tour of what looked like a little pharmacy shop, beelined it to my gate (after a few spins trying to locate the right direction to go, mind you), then found the closest food stand to it. I opted for a sadly safe choice of a hot dog, albeit a finer one, in the Tokyo airport. I’m not proud of it, but it was a sense of familiarity when I was borderline freaking out. (At the end of that same trip, I had incredible sushi in Vancouver and kicked myself for missing such a golden opportunity in the Tokyo-Narita, from BOTH directions going in and out of Thailand.) But it was the little comfort I needed and I drifted to sleep on the airport benches awaiting my next flight.

All in all, I blame it on the sleep deprivation and that being my longest flight ever at that point. It was a rough awakening, but a minor road bump.

But that was just the layover.

The next tip I have would be to…

2. Study a Few Basic Phrases of the Language of the Country/Area You’re Visiting

When I finally arrived to Bangkok, it was 11pm. I realized one thing as soon as I got off the plane…

I didn’t study a damn word of Thai. Oops.

Maybe it came from being a privileged American (again), or maybe it was from the constant normalcy of having internet translators readily available (like when you have Wifi, which is not as easy as you’d think to connect to/actually get data from when you’re traveling through somewhere…) I assumed I would get along just fine with English.

Which, in retrospect, I still did, but not without some frustrations. Regardless, I immediately felt like an asshole. Coming to visit this beautiful country, I am a guest and the language deserves my respect and recognition. I was too busy planning where I would stay, plus I just assumed it would come easily (it didn’t, but also just because you’re exhausted and disoriented, if I didn’t say that enough already, that significantly hinders your learning ability at midnight and after almost a full 24 hours of traveling).

After all my time in Thailand, I didn’t end up retaining more than how to say ‘hello’ and ‘thank you’ in Thai, but it’s a start. Not something I’m proud of either, but I’m working on it. (Foreign languages have never been a strong suit.)

But one of the biggest things I’ve learned in all my time of traveling, is just be respectful and kind in your interactions with people, and you’ll get along just fine.

If you act like an entitled asshole, people will be more than happy to put you in your place (which is not on top, btw).

But also, to help you ease over the first few interactions in a foreign country you don’t know the language of…

3. Take Screenshots of Directions & Hotel/Transport Contacts Before Your Flight

One thing I did do right was I booked my hostel beforehand, and had saved a screenshot of the directions to the hostel from the airport (in Thai, obviously). It’s midnight in Bangkok,  and I’m just desperately pointing to my phone with wide eyes, just hoping my Taxi driver has any clue where I needed to go.

I’m thankful I had a least something to reference of where I needed to go that could possible bridge the language barrier, especially with how much I couldn’t even fathom taking 10 extra minutes longer than necessary, simply because I just wanted to crawl into a real bed to sleep in SO BAD.

By the way, the airport in Bangkok was like a MACHINE, but like an old, original one. (Sort of millennial joke there, hehe). I haven’t seen such a mass (and full) waiting area for a taxi line, ever, much less in the middle of the night. I walked to the taxi area after pulling out some cash (which answers another question: yes, most places you can pull out the local currency from your own bank account, minus a few fees, without carrying a bunch of cash on your flights and exchanging it beforehand which can be hard to find. Most places aside from Cuba from America that I’ve heard of have ATM’s you can withdraw from, as this is the easiest and preferred method of getting local currency while minimizing your risk and travel load.)

Anyways, there were at least 50 people in this waiting room, everyone grabbing a ticket like you were in line for the DMV. When your number was finally called (which was about a full 30 minutes later), you head outside and are pointed to a certain vacant taxi cab. These guys were basically sanctioned by the airport, and had their own little slots. Although it took a minute, it was rather easy to navigate given such a large amount of confused tourists coming through.

After getting confused stares back at me from my taxi driver after attempting to read the hostel’s directions, I believe he was able to call a number I had for the hostel (again, thank god for screenshotting it beforehand), and get some usable directions.

Then we were off. I made it safely to my hostel, checked in with a nice gentleman who spoke some English (thank god), and promptly passed out for probably 10 hours. Jet Lag is real, and she’s a bitch. Take the time to recover and rest, so you can fully enjoy the place you’ve endured all that traveling for!

Lastly, my final word of advice on the subject…

Traveling to a foreign country for the first time, especially alone, can be overwhelming and down right intimidating at times. But I realized after the fact, that things would have been much easier for me if I had just taken more time to breathe and relax. It’s hard to think straight when you’re in panic mode.

And hopefully, maybe you’ll have more sympathy the next time you see a foreigner in your neighborhood, and realize how difficult the transition can be.

I wish you luck on your adventures guys, and please let me know in the comments if you have any questions!

My 57k Instagram was Hacked and Deleted: What Now 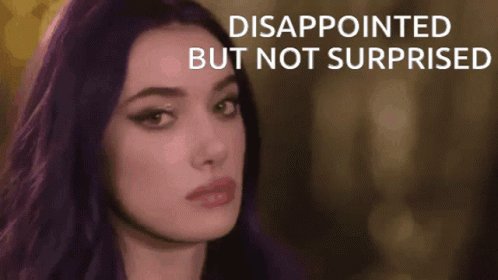 The Adventure Bitch @adventure_bitch
3 days ago
I can't wait to get MY Fauci Ouchie!! #VaccinesSaveLives 🙏😋 lol https://t.co/42xBEEkFfv
View on Twitter
0
0

The Adventure Bitch @adventure_bitch
3 days ago
My reaction when I see "ALL MEN DO IS LIE" trending...

Oh honey, what did this one do now? 😏 https://t.co/Bd3kGyDzxt
View on Twitter 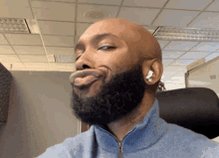